Today John HoWARd attempted empathy.
With his complete failure of Concepts of Self Determination, Truth for Liars and expulsion from Sincerity for Bastards, I warn you, what follows is ugly.

Talking to ABC Radio he wondered out loud whether it was helpful for Kim Nguyen to be given false hope regarding her son Nguyen Tuong Van who faces death by hanging at dawn on 02 December 2005 in Singapore.

In the following quote our John patronises Kim by assuming that she can’t cope with the hopeless truth (as he sees it):

Then he remembers who he is and injects his much loved fear element into the equation.

"And the more international constructs that are brought to bear on the issue, the less likely rather than the more likely it is for the Singaporean government to change its mind."

He would have us believe that it is better to be pessimistic than optimistic and cannot conceptualise the notion of realistic. He has patronised and dismissed an amazingly strong woman, chastised two Lawyers, devastated an extended family and saddened almost everyone else involved.

The best that John HoWARd can offer Kim Nguyen is his tough-love.  He dismisses other suggestions and focuses on some archaic notion of paternalism. Tough-love is often described as abuse by the survivors of it. They state that it creates hurt and pain and they are not left feeling loved. It is a flawed notion, not dissimilar to fighting for peace. A flawed notion from a flawed PM.

You can stop helping now John. 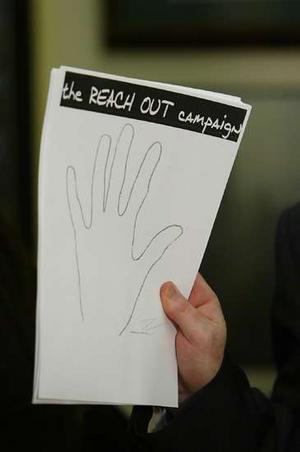 This entry was posted on Tuesday, November 22nd, 2005 at 7:22 pm and is filed under Life; barely possible. You can follow any responses to this entry through the RSS 2.0 feed. Click to leave a comment.