Last night, on channel 27, on my cable TV, I watched part one of a six part series called "How to Start Your Own Country."  It was such a bold, refreshing, silly delight that I was completely hooked.

‘I, Danny Wallace, being of sound mind and body, do hereby write this manifesto for my life. I swear I will be more open to opportunity. I swear I will live my life taking every available chance. I swear I will say Yes to every favour, request, suggestion and invitation. I SWEAR I WILL SAY YES WHERE ONCE I WOULD HAVE SAID NO.’

I have been inspired and will attempt to ‘Say yes more’. 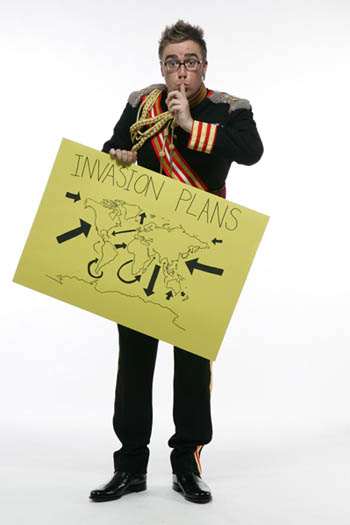 This entry was posted on Tuesday, February 21st, 2006 at 9:12 pm and is filed under Personal. You can follow any responses to this entry through the RSS 2.0 feed. Click to leave a comment.

8 Responses to “Cable and country”