You can be reconsidered a worthy potential Australian if you convert to christianity.

Previously, the Immigration Department has viewed conversions to Christianity with suspicion. But yesterday a spokesman for the Immigration Minister, Amanda Vanstone, confirmed the only reason for reconsidering 30 cases of people currently in long term detention was their new religion.

Once Australian, are you free to find Haile Selassie, Guru Adrian, or the Seventh Day Advent Hoppists?

Or will it be structured like a fiance visa? If the conversion doesn’t end in consummation within six months then out of Australia you go? 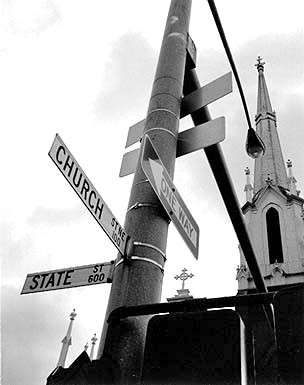 This entry was posted on Monday, March 21st, 2005 at 10:05 am and is filed under Welcome to my country. You can follow any responses to this entry through the RSS 2.0 feed. Click to leave a comment.