Our Prime Minister has, in two paragraphs, revealed exactly how very little he knows or cares about Industrial Relations law in the sense of a non-hostile work environment. Speaking in Perth, Howard said

“I was able to talk in detail about the weaknesses of the present unfair dismissal laws and how they’re a burden on small business in particular, how they discourage small business from employing staff and how they really make a lot of hard-working staff in small firms cranky.”

“If you’re living in a small business environment and you’ve got five or eight people in an office or workshop and one of them is a pain in the neck and making life difficult for everybody else, it’s the workers, in many cases, more than the boss that would like to see the back of him.”

In a workplace there is always going to be a level of diversity within staff. In fact many workplaces celebrate and respect EEO principles.

In this one sentence HoWARd has shown us how he really thinks and how stuck in his thinking he is. A slip-up for a usually slick operator.

HoWARd, as an employer, would take no responsibly for the decision that the selection panel made or for their lack of/due diligence in checking qualifications or contacting referees. He would take no responsibility for a probation period and the sorts of issues that are often sorted out in that time via flexibility on both sides. He lacks the imagination for his workplace developing a mentoring program (similar to what happens in a trade). He would do nothing to foster esprit de corps and probably thinks it is unnecessary. HoWARd, uninspiring, unethical and likely illegal in his management style.

HoWARd probably doesn’t like the following paragraph protecting workers from bullying and harassment in his Public Service,

“Employers have to take all reasonably practicable steps to protect the health and safety of employees at work under the Occupational Health and Safety (Commonwealth Employment)Act 1991. An employer who fails to take reasonably practicable precautions to prevent workplace harassment from occurring, or who fails to deal promptly and effectively with any complaint of harassment, may be in breach of an employer’s duty of care to employees. – Australian Government, Australian Public Service Commission.”

HoWARd’s statement would be defined as workplace harassment under current OH&S legislation.

“If there’s any unfair dismissal going on in this country at present it’s the PM’s dismissal of an institution that has served the country well.” 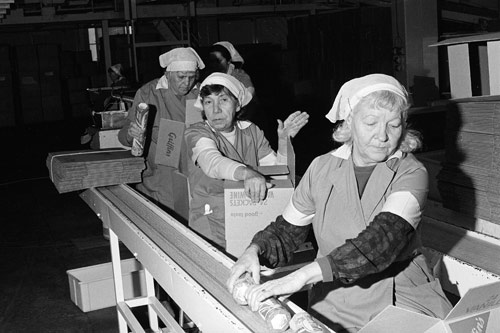 This entry was posted on Tuesday, October 4th, 2005 at 8:58 pm and is filed under WurkRites™. You can follow any responses to this entry through the RSS 2.0 feed. Click to leave a comment.