Currently there are four individual doctors and two separate applications with the Therapeutic Goods Administration (TGA) to become an authorised prescriber of the drug RU 486.

Professor Caroline de Costa an Obstetrician based in Cairns, was the first doctor to use the authorised prescriber route, which is available for medical practitioners in Australia if they want to use a drug for a particular patient or a group of patients which isn’t normally available in Australia.  Late last year Professor de Costa had her application (to prescribe RU 486) endorsed by the ethics committee of her hospital and now awaits a decision from the Health Minister.

The other three doctors are based in and around Mildura, Victoria. They argue that rural (and remote) women are disadvantaged by their geographical isolation when it comes to accessing an abortion.  The disadvantage is two-fold:

A conscience vote is expected next month amoungst MP’s when parliament returns.

With paternalistic, infantilising rhetoric such as this, MP’s will hopefully show Australian women (and the men who support them) their sophistication and vote for the end of the current veto, the resumption of the TGA’s role and the widening of choice. 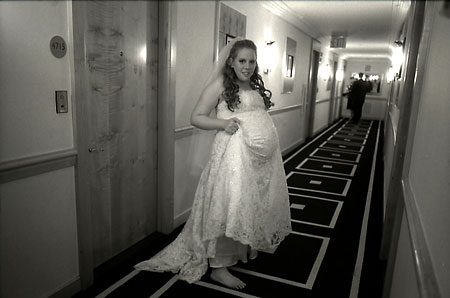 This entry was posted on Monday, January 9th, 2006 at 10:13 am and is filed under Pro-choice. You can follow any responses to this entry through the RSS 2.0 feed. Click to leave a comment.