The war in Iraq could cost the United States $US2 trillion.

The study takes into account long-term costs such as lifetime health care for thousands of wounded US soldiers.

Columbia University economist Joseph E. Stiglitz, and Harvard lecturer Linda Bilmes included the disability payments for the 16,000 wounded US soldiers, about 20 per cent of whom suffer serious brain or spinal injuries and the health-care bills for treating long-term mental illness suffered by war veterans.

Citing army statistics, the study said about 30 per cent of US troops had developed mental health problems within three to four months of returning from Iraq as of July 2005.

The projection of a total cost of $US2 trillion ($A2.66 trillion) assumes US troops stay in Iraq until 2010, but with steadily declining numbers each year.

One study has examined the mental health impact on soldiers who were part of the wars in Afghanistan and Iraq (Hoge et al., 2004). This study evaluated soldiers’ reports of their experiences in the war-zones and reports of symptoms of psychological distress. The results of this study indicated that the estimated risk for Post Traumatic Stress Disorder (PTSD) from service in Iraq was 18%, and the estimated risk for PTSD from service in Afghanistan was 11%.

Studies indicate that more frequent and more intense involvement in combat operations increases the risk of developing chronic PTSD and associated mental health problems. Evidence indicates that combat operations in Iraq are extremely intense. Soldiers in Iraq are at risk of being killed or wounded themselves, are likely to have witnessed the suffering and/or death of others, and may have participated in killing or wounding others as part of combat operations.

All of these activities have a demonstrated association with the development of PTSD. The study found that:

An additional set of unique stressors stems from the fact that much of the conflict in Iraq, particularly since the end of formal combat operations, has involved guerilla warfare and terrorist actions from ambiguous and unknown civilian threats. In this context, there is no safe place and no safe role.

Participation in combat activities is not the exclusive source of danger and stress in a war zone. There is some evidence that the stress of war is associated with an increase in the perpetration of sexual assault and sexual harassment, with both male and female soldiers at risk for this type a victimisation.

While Australia has nothing like the 153,000 strong US military in Iraq – 1320 Australian military personnel are in and around Iraq.

And while our 1320 soldiers, sailors, airmen and airwomen often perform safer duties than the Americans do, and we do not have the high fatality rates, we will have people who will develop a range of mental health problems, including PTSD.

War technology is science in the service of obscene bodily destruction – this includes the mind.

There is a reason we never see images of the wounded or dead US soldiers that are the day-to-day reality of this war.  If we did, public acquiescence to Australia being a part of the illegal war in Iraq would evaporate.

Let’s bring them home before more damage is done. 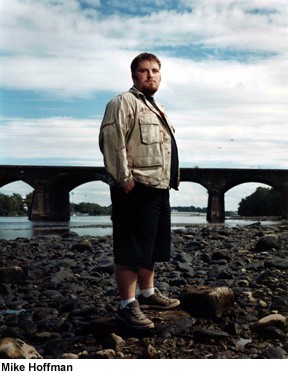 This entry was posted on Thursday, January 12th, 2006 at 1:14 am and is filed under Anti-war. You can follow any responses to this entry through the RSS 2.0 feed. Click to leave a comment.