Mr. Abbott you are wrong.

In fact you are brimming over with wrongability.  Lets just see how wrong the current situation with accessing the drug RU486 in Australia is.

"There were perfectly good reasons, reasons of principle, not of sordid calculations for saying that this is such an important thing that it shouldn’t be in the hands of the … unaccountable bureaucrats." – Tony Abbott.

"This use of the drug is sufficiently controversial, if you like – there are sufficient public interest issues involved – for the added accountability of a ministerial decision to be part of that process." – Tony Abbott.

Clearly, in your mind Tony you are Australia’s most pre-eminently, accountable bureaucrat – Wrong again! 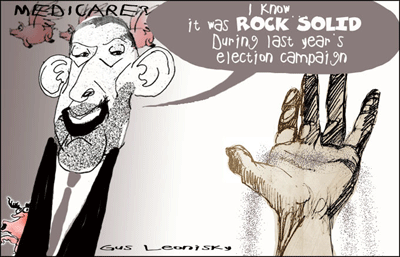 This entry was posted on Wednesday, February 1st, 2006 at 9:04 pm and is filed under Pro-choice. You can follow any responses to this entry through the RSS 2.0 feed. Click to leave a comment.