My MP for the House of Representatives is Mr. Alan Glyndwr Cadman.

This is how he used his 16 minutes when offered a conscience vote regarding the Therapeutic Goods Amendment (Repeal of Ministerial Responsibility for Approval of Ru486) Bill 2005.

Let me know if you can spot a conscience.

Bolding is mine.  Source: Hansard

Mr CADMAN (Mitchell) (10.06 am)—In looking at this issue—and I have studied it for some time—I first of all looked at why the Minister for Health and Ageing made the decision he made. It seemed to have provoked a reaction amongst the women in the Senate. I searched, without discussing it with him, for information that was in the public arena. First of all I looked at of this product for the Australian community because, internationally and from our own experience, it is not at all clear that it is a safe product.

The history of this drug is that no large pharmaceutical company in America would take on its manufacture. One of the pro-abortion lobby groups in the United States formed a company called Danco. They registered in the Cayman Islands and they proposed, and went ahead with, the manufacture of RU486 in China. That is the current situation. On its own this drug will produce 60 to 80 per cent of successful abortions. But to achieve a 93 to 95 per cent successful abortion it has to be used in combination with another drug called Cytotec. The two drugs in combination produce that result. But there is a residual group of patients left. It is interesting the Danco firm requires women to make a statement they will consult their physicians; they will have a surgical procedure if this process fails. There are a whole lot of let-out clauses with the use of this drug. I do not think, to use the words of one of our colleagues in this place, it is ‘cherry picking’ to say that this drug should not be used.

A paper by Greene in the New England Journal of Medicine shows that RU486 at eight weeks is 10 times more fatal for the mother than a surgical abortion. My colleague said that the procedure has equal risks to surgical procedures. I am afraid that is not accurate, if one looks at an authority such as the New England Journal of Medicine. With the support of Mr John Wilks and Dr Obeid we have been able to examine this matter. These two men have written extensively on this issue and live in my electorate of Mitchell. It has also been mentioned that there are already drugs on the market that will produce the same results. One is methotrexate, a drug that should not be used to achieve an abortion. The advice that I have is that to say it is equivalent and on the market already is inaccurate. This drug is used where the life of the mother is at risk and it is a last, desperate measure; it is not something that is used generally. To propose that there are already drugs available is not accurate. I am sorry that one of my colleagues has presented these facts as being accurate. I believe the arguments used in the Senate were more based on women’s rights, which is an important issue, than on the risk factors.

The minister has weighed the risk factors and has said that we should not proceed to make this drug publicly available. He has exercised an appropriate responsibility.

There has been a narrow focus by some and I think it is unfortunate, because it is not a very compassionate view and does not seek the best results for women. They have focused on women’s rights rather than on the risk factors. In this parliament we need to assess the risk factors as well as the right factors, and that is our responsibility.

If we make decisions people do not like, they have the opportunity to scrutinise our decisions. If the TGA make decisions, people do not have the opportunity— no matter how well trained and how well informed the TGA may be—to scrutinise their decisions. The TGA, the Therapeutic Goods Administration, is a non-elected group. From listening to some of the speeches of my colleagues, it seems to me that one future role of the parliament may be to debate who we should appoint to boards. Then we could let them make the decisions and we could go home while they ran the country! That would be a completely inappropriate role for the parliament. We could debate whether a person has adequate status, academic level and experience to fill an important position, whether it be on a wheat board or in the Therapeutic Goods Administration. We could debate that and then we could go home and let this administration make decisions. It would get to a point where we could encourage voters to vote for whom they wanted on various boards and not have a parliament at all. The logical extension of walking away from the responsibilities for which we are elected is to means that nobody can be held responsible for important decisions. RU486 is not the same as other drugs. I think that has been demonstrated. I think the minister has a role with respect to this on behalf of all of the community. To have an authority decide whether or not a drug fulfils the purpose for which the manufacturer says it is manufactured is one thing, but for it to then decide whether it should be used and whether there should be wide use of it is another. This is just one drug; there are no other drugs in this category. Why is it in this category? It is in this category because it is not a therapeutic and it is not a diagnostic. It brings about the conclusion of life. Other drugs may do that as part of their process, but that is not their purpose. This drug is different.

We are elected to deal with public policy. We are not elected to administer or to give policy advice. That is the role of authorities like the Therapeutic Goods Administration. We are elected to make those policy decisions, and we should cherish that opportunity. We should value it and proceed to take the hard decisions. That is what people expect us to do. Just because we have abortions in Australia does not mean that with RU486 we are now just introducing a new technique. This is a new policy. This is something different, and we have to deal with it as a new policy. It is not a change in technique. It is like saying that, because we can have exploration across the whole face of Australia, we should go and explore in the Great Barrier Reef. We make a special policy for things that are different. This is a special policy.

The minister’s decisions, as I have said, are supervised. He can confront the press and he can be questioned.

The amendment to the legislation that has been moved by the member for Lindsay does the following. First of all, the Therapeutic Goods Administration gives an opinion to the minister. The minister assesses that, makes a decision and makes both public. Following his public announcement of the advice received from the Therapeutic Goods Administration, these matters come to the House as disallowable instruments. That means that within 15 days the parliament can vote for or against the minister’s decision. If it is carried, that decision will stand. If we have the opportunity, I will vote for the member for Lindsay’s amendment. If not, I will vote for the member for Bowman’s amendment. But I will vote against this bill. 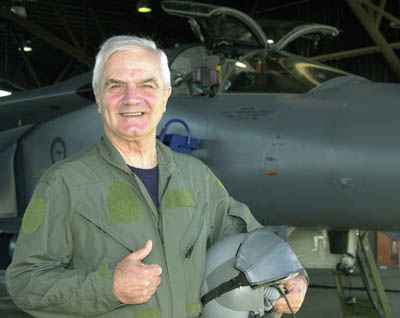 This entry was posted on Saturday, February 18th, 2006 at 8:20 am and is filed under Political. You can follow any responses to this entry through the RSS 2.0 feed. Click to leave a comment.

4 Responses to “Moving air around”