Adding to the repertoire

Today, in Canberra, as the result of four amazing women, MPs have respected long standing (state) abortion laws, understood reality, ignored religious zealots and ministerial loops and voted in a way that makes me proud to be a woman (and bring up the girlchild) in Australia.

Federal MPs in the House of representatives have voted in favour of a bill handing control over the abortion drug RU486 to the TGA.

If I ever have quads I’ll name them Lyn, Fiona, Judith and Claire. They will be named in honour of four brave and determined women. 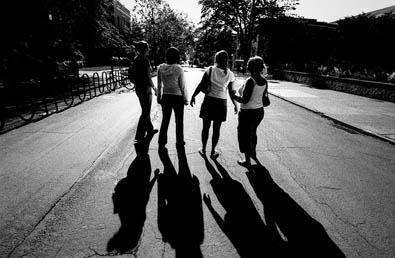 This entry was posted on Thursday, February 16th, 2006 at 2:22 pm and is filed under Feminism, Pro-choice. You can follow any responses to this entry through the RSS 2.0 feed. Click to leave a comment.

8 Responses to “Adding to the repertoire”