chaplains are not counsellors

Is anyone else outraged at the complete lack of understanding that John HoWARd has for formally qualified counsellors and the need for evidence, rather than belief-based intervention? Currently, a school counsellor must have formal qualifications. They are drawn mainly from Social Work or Psychology.

This government is planning to fund chaplains in schools. In the announcement that I listened to on the ABC, Kevin Andrews was particularly tricky when he interchanged ‘counsellors’ with ‘chaplain.’

“I think there is a broad concern in the community, amongst parents and indeed amongst a lot of young people, that having someone like a counsellor – like a chaplain – that they can go to and talk to is very important. We’ve seen tragedies in recent days in schools, in New South Wales for example, and a lot of people want someone they can just talk to outside the normal (my emphasis) teachers in a school.”

Counsellors are informed by evidence-based practice, whilst chaplains are belief-based practitioners.

Perhaps I’m missing the point completely and the government is rolling out more of what in 2004 was referred to as HoWARd’s response to Latham’s “crisis of masculinity.”

Women have long made up the bulk of the numbers of graduates from the social sciences, whereas chaplains continue to be predominantly men.

“Finally, we are also taking steps to ensure that men are attracted to the teaching profession, particularly to primary teaching by offering 500 teacher scholarships for men. Last year, the proportion of male primary teachers was only 20.9%. This is a decrease of five percentage points over only a decade and the decrease will continue: there are currently only 18.8% of trainees who are male. This is a particular concern to the Government in light of the evidence that shows that boys are underachieving relative to girls and relative to their own performance from 25 years ago. Many boys have no positive male role models in their lives.”

I’d rather have school children talk to abnormal teachers at school than any sort of chaplain. 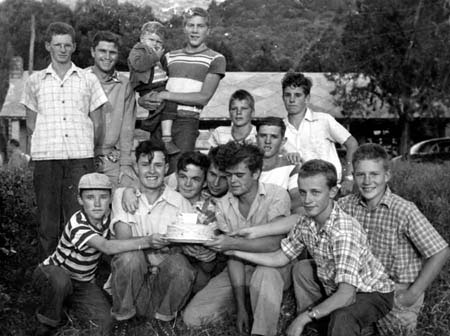 This entry was posted on Tuesday, October 31st, 2006 at 10:07 pm and is filed under Life; barely possible. You can follow any responses to this entry through the RSS 2.0 feed. Click to leave a comment.

19 Responses to “chaplains are not counsellors”