When a federal Health minister and his parliamentary secretary are unable to see past their belief-systems to scientific data it is time for them to go.

This is the case for Tony Abbott and Christopher Pyne.  Both are unable to accept that the abortion law stands and Australian women, the men who support them and many medical practitioners are asking for the ban on RU 486 to be lifted.

These belief-based men – men who have little regard for science which does not support their anti-choice agenda – Tony Abbott, Christopher Pyne, Ron Boswell, Barnaby Joyce, Steven Fielding, Alex Hawke, Fred Nile, Peter Slipper, Alan Cadman, Joe Hockey and Brian Harradine just cling together like a sinister sticky, dusty, paternalistic web of oppression of a the uterus.  Curiously, not one of these men have a uterus. 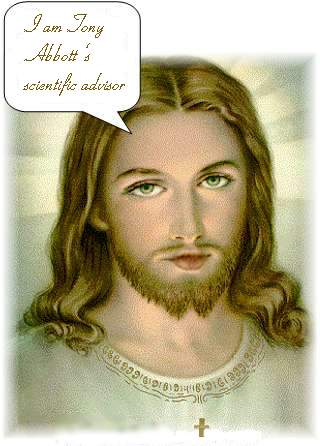 This entry was posted on Tuesday, November 15th, 2005 at 10:33 pm and is filed under Pro-choice. You can follow any responses to this entry through the RSS 2.0 feed. Click to leave a comment.

16 Responses to “Unfit for duty”