Tonight SBS is showing a documentary examining both sides of the abortion debate across the southern states of the US.

Mississippi is widely known as the most pro-life state in the union. Anti-choice activists pride themselves in making it harder and harder for women in their state to access an abortion.

ROE v. WADE which was decided 33 years ago, made it legal for American women to have an abortion in the first trimester. Since the 1980’s Mississippi has passed 12 laws restricting abortion in the one clinic left in the state. Women accessing the Jackson Women’s Health Organisation where only two of the five Doctors live in the state for safety reasons, must comply with ever increasing laws.  These include:

Pro-life Mississippi who plan on dismantling ROE v. WADE "limb by limb" is hoping to add six new laws to restrict abortion. These include a sonogram requirement giving a woman the opportunity to view her unborn child and hear the foetal heart tones.

This program looks at how Pro-life advocates are winning the day in Mississippi. In the summer of 2005, more than thirty years after Roe v. Wade established that access to abortion services is a fundamental right, the documentary team behind The Last Abortion Clinic spent two months travelling across North America’s South where states have been particularly active in passing restrictions on abortion. In interviews with abortion providers and their patients, staff at a pro-life pregnancy counselling centre and key legal strategists on both sides of the national debate, the program documents the success of the pro-life movement and the growing number of states with regulations limiting access to abortion. The procedure, while still legal, has become daunting and expensive in Mississippi and elsewhere. Nationwide, there are now fewer abortion providers in the U.S. than at any time since Roe v. Wade was decided in 1973. The documentary looks at how the ever-increasing number of state abortion regulations and the steady decline in abortion providers will affect the level of influence the pro-choice movement will have in this enduring debate.

Australia is not Mississippi and this is clearly evidenced in minimal uptake of aaRU486 by the media.

Thankfully here in Australia the buddhists get as much airtime as the uniting church.

"We have already had the public debate about abortion.  The issue is whether or not this particular drug is safe to be released for use in a country where abortion is legally available." – Uniting church’s Australian president Dr. Dean Drayton.

"Although the Buddhist community is opposed to killing of any kind, it is not Buddhist policy to impose its views on others." – The Chairman of the Buddhist Council of NSW, Graeme Lyall 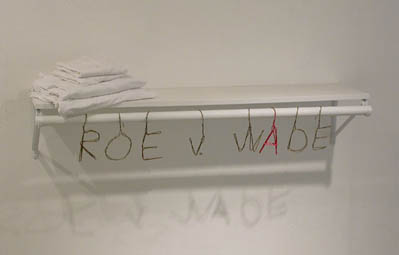 This entry was posted on Tuesday, January 24th, 2006 at 10:46 am and is filed under Pro-choice. You can follow any responses to this entry through the RSS 2.0 feed. Click to leave a comment.

7 Responses to “Gripping the plasma”