Have you ever dated someone and they have a when-it’s-the-right-time-rule-book for intimacy? Sadly, once, I did. He was older than me and stated that it would be disrespectful to rush straight in. We were to take it slowly and get to know one another first before we became intimate. I was young and I thought, “Ok, this must be how grown-ups have relationships.” After too many of these slowly, slowly dates I just thought Fuck! – Can I get some disrespect here? Discussions, like the decision, were one sided. Needless to say, by that point I wasn’t too clear if it was less about passion and lust and more about power and control. I found a new date.

I very quickly realised that things that are organic should not have non-organic elements super-imposed.

This is exactly what has happened to the leadership speculation between HoWARd and Costello. Our PM is using his power to control what is a natural dynamic of a group- that being the progression of a new Leadership. He is doing this to the detriment of the wellness within his party and the confidence of the voters. The longer it goes on, the happier I am as it destabilises the coalition’s position and we may finally vote them out. The longer it goes on the more we realise just what sort of a person HoWARd is. And isn’t he looking like nothing more than a mendacious, compulsive excuse-maker.

By the time HoWARd and Costello wrestle through the power and control and the “but you promised”- the voters will cease to care and the electorate will be dating someone new. 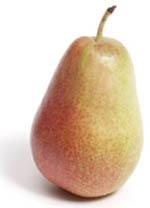 This entry was posted on Sunday, July 9th, 2006 at 12:34 pm and is filed under Political. You can follow any responses to this entry through the RSS 2.0 feed. Click to leave a comment.