Six years ago, in the Royal Women’s Hospital in Melbourne, a woman (known as “Ms X”) became hysterical when she was informed that the foetus she was carrying had skeletal dyspraxia (commonly known as dwarfism). She demanded an abortion.

At 32 weeks pregnant, aged 40, Ms X was acutely suicidal and, after careful examination by an ultrasonologist, obstetrician, geneticist and psychiatrist, a decision was taken to terminate the pregnancy in February 2000. Six years later the Court of Appeal rejected Ms X’s case.

“Subject to any appeal by the Hospital to the High Court, this decision categorically determines that sensitive medical records of a hospital are not exempt from production to a Court or statutory body (acting within its powers) on the grounds of public interest immunity.”

Ms X, as best she could, got on with her life. That was until Senator Julian McGauran, an anti-abortion Liberal Party Senator made a complaint to the Medical Practitioners Board. In November 2000, in parliament, he urged prosecution under an untested section of the Victorian Crimes Act, which creates an offence of child destruction after 28 weeks. Senator McGauran made the complaint after the State Coroner handed him a copy of the police brief that included the woman’s private medical files.

I have been concerned about the push to set aside a woman’s right to privacy with regard to medical records with the express goal of reducing reproductive rights for some time, and now, I am terrified.

“None of the people around that case, either that be the nursing staff or social workers or psychologists or the hospital ethics committee, the patient, the patient’s family or any doctors, had a concern about that case and did not feel it was appropriate to notify. When it was notified, the patient did not want the records released.Irrespective of that, then an individual, who has no real connection to the case, but has an ideological interest in the case has then been able to drag an individual through a process, over six years, where her records are investigated by people she didn’t want them to have investigated by.” – President of the Victorian AMA, Dr Mark Yates

I am very proud of the Victorian AMA and their push to change legislation so that a case like this can never be heard again. Ms X, and all women, have a right to expect privacy, dignity and support when they find themselves acutely suicidal at the thought of continuing a pregnancy.

Just so we are clear- after ‘acutely suicidal’ comes ‘completed suicide.’ 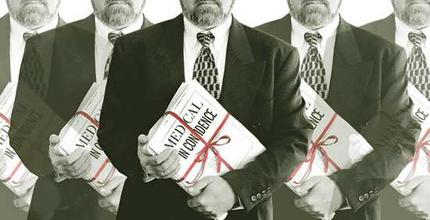 This entry was posted on Wednesday, June 28th, 2006 at 10:37 pm and is filed under Pro-choice. You can follow any responses to this entry through the RSS 2.0 feed. Click to leave a comment.

29 Responses to “Doing no harm”