The nuts, the bolts and the tenderness.

Yesterday I spent 5 hours in a sexual and reproductive health care facility, supporting a dear friend who found she was pregnant and did not wish to continue with the pregnancy.

I, and she (we’ll call her Astrid) are lucky enough to live in a country where the right to reproductive health is honoured, supported and subsidised by our National healthcare scheme- Medicare.

The service started quite simply with a phone call to a 24 hours a day number for information, support and advice.  At that point an appointment can be and was negotiated within 3 days.

A support person is encouraged and that became my role.  Then the process begins.

I collected Astrid and drove her to the facility.  She was asked to fast from midnight and felt uneasy about driving to my place.  The clinic sits nondescriptly, but not hidden, in an ordinary suburb near public transport.  Access is via a buzzer which opens the front door.  Inside it looked like any other medical facility with couches, a TV, magazines and lush, cheerful indoor plants. There were no security guards and no protesters.

The receptionist asked Astrid’s first name and appointment time and requested confirmation of her via photo ID.  Once confirmed, Astrid was asked to take a seat and fill out forms which included a brief medical  history, a consent form and arrangements for co-payment.

Once completed this was given back to the receptionist and Astrid and I waited.  From a secured door a nurse appeared and called Astrid into the surgical part of the facility.  The nurse gently questioned Astrid as to why she wanted a termination of pregnancy and spoke of all options available.  These being birth and keeping the child, birth and giving the child up for adoption and a termination of pregnancy.  Astrid restated her decision.

The nurse then went on to perform an ultrasound examination of Astrid’s uterus, with the monitor only being visible to the nurse.  Confirmation of pregnancy and foetus age was established.

Astrid and I went back into the waiting area where she paid her share of the procedure.  We chatted and waited.

Astrid was called by the doctor and I remained in the reception area. I watched people come and go for almost 3 hours as I waited.

I observed that the men who supported the women were uncomfortable, unable or unwilling to sit and wait. They appeared lost without the purpose of sitting in support as they and the women waited for the surgery.  I guess men are more comfortable with the tangible and preferred to come back later when their partner/sister/friend was ready to be released into their care.

There were at least ten women that came and went including Astrid.  Most came with who I assumed were their partners.  One young woman came with her mother and the tenderness between them was touching.  The most surprising people that I observed were a young couple.  Also in attendance was her mother and his mother.  This young woman had agreed to, or demanded, a matriarch supporting on each flank. Her partner sat opposite, looking completely overwhelmed and out of his depth.  His mother looked terrified and appeared to have never envisaged that on the cusp of 2010 she would be supporting her son’s decision to support his partner’s decision to terminate a pregnancy. I wondered if she ever discussed contraception with her son.

I suspect she hoped she could outsource herself to a doppelgänger, hologram or avatar.

Alas, that is not how unwanted pregnancies operate.  It can be an unintended consequence for women who are heterosexual, sexually active and fertile.  Contraception options remain adequate at best and catastrophically defective at worst.

Abortion involves many more people than the pregnant woman. Yesterday I supported one such woman and witnessed many others do the same.

Astrid remains asleep in my spare room.  She can remain there until she asks to be driven home.  She will be well again in a day or so and with love, care, compassion, ibuprofen, coffee, cookies, respect and support she will be her usual self again.

Why would anyone begrudge her the right to choose? 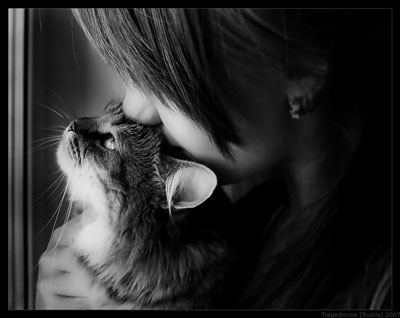 You are currently browsing the Suki Has An Opinion weblog archives for January, 2010.