September 30th, 2004
I have just watched the ‘debate’ between the Shadow Minister for Foreign Affairs and International Security Kevin Rudd and Alexander Downer on the ABC’s 7.30 Report.

The discussion left me wanting Kevin "Intellect is my concealed weapon" Rudd to take over now.

The Foreign Affairs portfolio has been with the dangerously incompetent Downer long enough. I don’t feel safe waiting another 10 days!

September 29th, 2004
Today at the ALP Campaign Launch in Brisbane, Mark Latham used the phrase "unless we change now" 5 times.
I would have happily heard the phrase a 6th time if somewhere, Mark had uttered a blunt and passionate attack acknowledging the blood on Howard’s hands and the consequences of his actions on our future when he knowingly sent Australia into an immoral role in an illegal war.
AND a recommitment to the troops out/home by Christmas promise.

Mark made a few oblique references to Howard, Truth and the War…

"We need a Prime Minister […] who tells them the truth about the great issues of war and peace. And when things go wrong, a Prime Minister who is big enough to take responsibility and not blame others.

[…] but undermined so tragically by the mistakes in Iraq.

When Mr Howard sent Australian troops to the war in Iraq he knew, on advice, that his decision would make Australia less safe in the war against terror. Now he says that he’ll keep Australian troops in Iraq until they have finished the job. But he can’t tell them what the job is."

Do I want a 43 year old in the prime of his life, offering this country the beliefs and values of a good society who is already acting with such equivocation?

Ignore your advisors and minders Mark, lose the Chamomile tea, gulp down 5 Espressos, Rant, Feel, Blog and get Opinionated like you mean it!

The opinions and impressions of 24 people, young, old and in between, who are not yet committed to voting for either party, in a marginal seat in western Sydney shows that the The Government’s ‘Learner Latham’ campaign, which has been a ceaseless assault on Mark Latham’s character and fitness for office ever since he took on the ALP leadership, has grabbed…a little.
Taking the Coalition’s ‘Learner driver, steering a country’ analogy, overlaying the NSW Road Traffic Authority 2004 data, and dealing only with road accidents that result in fatalities,
let’s analyse this.

Whilst this may actually go against my initial point; it is interesting to note that the 70+ age group is highest of all.
This age cohort is represented 58 times so far this year.

What this tells us is that the Prime Minister who is getting older and older by the day is lurching towards being totally ‘unfit to drive.’

Unthinkable as another term is; let’s distract ‘driver Howard’ a little with:

and John is going the wrong way on the M2..
…Dazed and confused as all the lights on the dashboard glow.
Screeeeeeeeech.
Oversteer.
Smaaaaash.

(Delivered in a Texas drawl)
"Can I see your license Sir?
Can you explain why you were following so closely behind?"

Mark Latham may have limited ‘highway experience’ however, statistically he will just keep getting better and better behind the wheel of the hybrid vehicle.
Let’s let him drive.
VVVRRRRRRRRRROOOOOOOOOOOOOOOOOOOOOOOOOM.

By 10 pm on 09 October 2004, the majority had made it clear that they had put Howard back in.
Welcome to the inevitable gridlock you uninspired decision makers.

The Coalition’s campaign launch was reminded today that 50.7% of people eligible to vote are female. 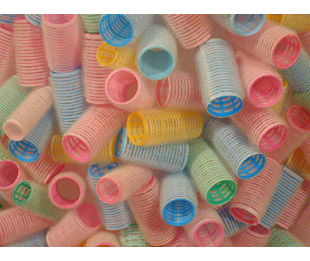 Not all is lost John and Janette.

These women, by their actions, may just influence others to care about the lies you told to justify the War in Iraq. You have behaved badly once too often and we demand a separation.

You will not be allowed another relationship characterised by lies, abuse and violence.

Posted in Feminism, Political | No Comments »

Smart woman!
Janette is sensing the currency that the Howard Lies campaign is having on parts of the electorate and she is nervous. By making a statement to defend her husband, she is protecting her own interests.

Janette is under no illusions as to her worth in this society. Under her husband and his leadership Australia has not grown into a progressive society. In fact, the Liberal coalition government has moved Australia’s culture and society significantly backwards.

Frankly, I’m surprised to see that Janette is even leaving her kitchen.
As an aging woman, I’m sure she wished she had read The Female Eunuch and The Change by Germaine Greer.
If she had, then what is happening to her and many other women as they mature and are only seen as wives, widows or grandmothers would not come as a surprise. Poor Janette…not too many options under honest John’s Prime Ministership…let’s see:

Oops.
Janette an old piece of fluff wedded to an old fart.

Posted in Feminism | No Comments »

You are currently browsing the Suki Has An Opinion weblog archives for September, 2004.