Some men drowned because their packs were so heavy or because they had never been taught to swim.

"[But you could re-create the site] for educational opportunities for young children and schools to visit, and for veterans to have as a memorial site at appropriate occasions." – Danna Vale.

I’m amazed that the PM is against her idea. This from a man who is flogging WorkChoices, which will not guarentee the Anzac day (or christmas) public holiday. Under HoWARd’s WorkChoices, the reality of Australians taking a long weekend is as fake as Gallipoli Victoria would be.

Let’s put on our disruptive patterns, be inspired by the Anzac spirit and defeat the enemy sneakily parading as WorkChoices. 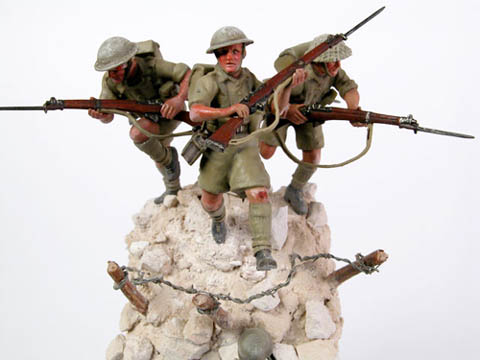 How does HoWARd deal with hundreds of frontline workers including Nurses, Firefighters, Police and Teachers protesting against his IR changes outside a business lunch at Wollongong today?
He ignores them.

"It’s indicative of John Howard’s priority in life that when John Howard comes to Wollongong he refuses to meet a delegation of emergency service workers.  [These are] people who work seven days a week, 365 days a year, doing some of the hardest slog to keep this community going." -Firefighters’ union Illawarra secretary Mark Paloff. 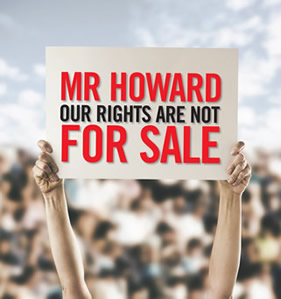 Posted in WurkRites™ | No Comments »

Victoria is the only place in Australia that offers women safe, late-term (after 20 weeks) abortions for psychological reasons.
The Bracks Government, has decided it will make women undergo compulsory counselling and then force them to wait 48 hours before they can have the procedure.  According to Health Minister Bronwyn Pike, the new regulations, which will not require any legislative change, will provide women with "another layer of support". Her spokesman insists they have nothing to do with trying to reduce the rate of late-term abortions.

So, if you are a woman who is experiencing mental health issues and you are pregnant you have to have "another layer of support" before you can terminate a pregnancy in late-term. You will not be required to undergo compulsory counselling and a 48 hour cooling-off period if you are a woman who seeks a late-term abortion because of foetal abnormalities.

Only women in late-term pregnancies, presenting with psychological reasons are targeted.

"The Bracks Government’s crude measures of mandatory counselling followed by a cooling-off period represent a patronising and insulting decision that panders to largely male legislators and the religious right who think women don’t really understand the "reality" of their choice when terminating a late-term pregnancy." –Sushi Das 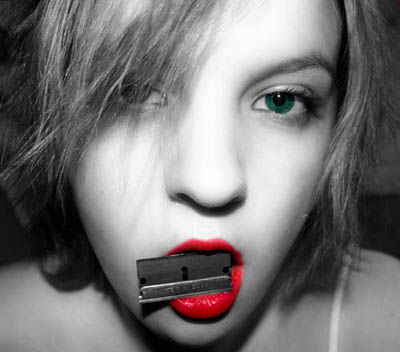 Thank you Dr. Sharman Stone for pointing out the obvious inequality that exists in terms of access to safe and confidential abortion services in rural and remote areas of this big country we live in.
I hope the three most anti-choice men (Abbott, Boswell and Joyce) leave you and all other women to exercise their reproductive rights, including the right to access free, safe abortion.

Paradoxically, the State of World Population 2005 report of UNFPA, the United Nations Population Fund was launched today. One of the key findings reveals that,

"Each year more about 529,000 women die of pregnancy related causes that are mainly preventable. Lack of access to contraceptives in the developing world results in 76 million unwanted pregnancies and an estimated 19 million unsafe abortions worldwide each year."

How many of the 19 million unsafe abortions will be performed in Australia as many women are denied access to free, safe and confidential abortion services because of their lack of proximity to a capital city? 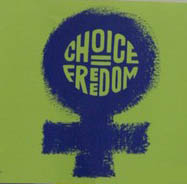 "A. ULTIMATELY, a worker’s bargaining power is their power to quit. You will have power in the negotiation if the employer fears losing you and having to find someone else who would give less value for money.
That could become more significant in the long term as the job market tightens. But it will be mainly in big cities, and for younger, childless workers with less to lose in gambling on finding a new job.
It is illegal for employers to sack workers for refusing to sign an agreement. In law, you are able to say no.
If you are sacked, you can go to the Industrial Relations Commission to seek reinstatement, but it can only mediate. In the end, sacked workers can enforce the law only by a costly court case. Few have tried.
The Government will offer sacked workers up to $4000 of legal advice to explore their options if the commission says their claim has merit. But that would not pay for the court case."

Our WorkChoices are related to how much value for money we represent.  Will a scale be set up to assign points to these values?

Our WurkRites™ come down to the right to quit.

My Sociology lecturer liked to say,

You are currently browsing the Suki Has An Opinion weblog archives for October, 2005.