Khaki is the new black

Minister for Defence Brendan Nelson has revealed the Army is planning to entice young Australians to ‘try before you buy’ the military experience during their gap year. Skeptics are already wondering if this move is a precursor to the reintroduction of national service.

Sapper Nelson of course dons his KEVLAR® and boldly charges forth to qualify the national service option as a last resort, only to have to once again rethink this government’s (and his) credibility…

“It would be extremely divisive in Australia, there would be a great fault line through Australian society. The only circumstance under which any government would seriously entertain national service or conscription is if there was a direct, immediate and credible military threat to Australia.” -Brendan Nelson 14:15 15/10/06.

“The Government has absolutely no intention at all of reintroducing national service or conscription” -Brendan Nelson 19:48 15/10/06.

I wonder if the speedy change of rhetoric had anything to do with somebody reminding Brendan of Downer’s credibility howler in 2004? 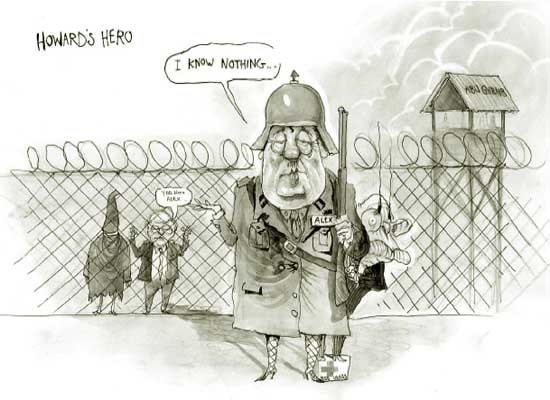 It seems we need 2,600 more soldiers because according to our PM,

“This country faces ongoing and increasing instances of destabilising and failing states in our region.”

“It is quite obvious that we do need a larger army. This country does continue to have responsibilities broader than our own immediate region and quite properly as part of a coalition fighting terrorism around the world, we cannot fully anticipate where extra challenges in that area might come.” – John HoWARd

More soldiers inevitably leads to more war. I am much more inspired by Kofi Annan who said, in amoungst other things,

“War is not, and I repeat, war is not “the continuation of politics by other means”. On the contrary, it represents a catastrophic failure of political skill and imagination – a dethronement of peaceful politics from the primacy which it should enjoy.”

HoWARd has started his electioneering already with a chant that won’t end- “TERROR, BOMBS, FEAR and PANIC,” but we don’t have to buy it. We can say enough.

“The failure so far to get a chartered ship in shows just how hard it is.”

All those years in the top job and our Foreign Minister has not created a reliable network of support. 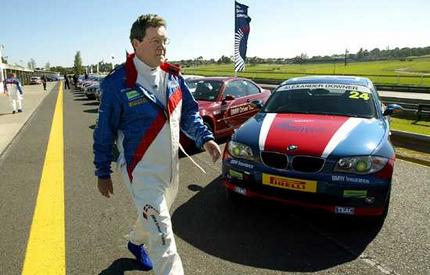 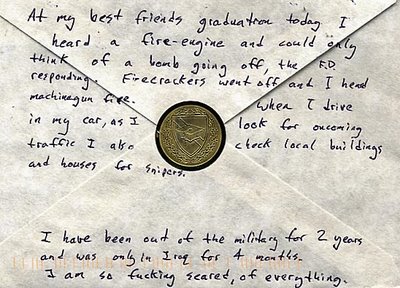 The video footage showed many empty seats when our man honest john spoke in Ireland. You wouldn’t think that our PM would go all the way to the Díospóireachtaí Parlaiminte to talk about terrorism and the need for everyone to do their part for the illegal war in Iraq, but he did.

“We live in a world that confronts the scourge and challenge of terrorism. In the fight against terrorism Ireland and Australia are united. None of us, no matter where we live or what attitude we take on individual political and foreign affairs issues, can regard ourselves as immune from terrorism. Irish citizens died in the World Trade Centre. Australian citizens have died in various places as a result of terrorist attack…” – HoWARd at the Dáil Debate. 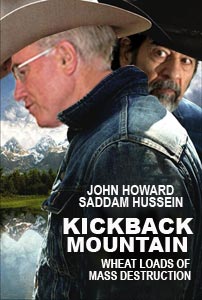 You are currently browsing the archives for the Life; barely possible category.