APEC is by and large over, however, the criticism of the dozens of police who were unidentifiable will be investigated for failing to wear name tags during a weekend protest amid accusations their tactics were unnecessarily heavy-handed.

“People need to remember we’ve had incidents in the past where those badges (when they were made of metal) have been taken by protesters and used as weapons against police- people need to keep an open mind.” -NSW Police Commissioner Andrew Scipione.

Not placing metal weapons on police which may be used against them in a violent situation is reasonable, however the missing name tags are cotton patches attached with Velcro.

Image text is “STAY IN YOUR HOMES you’ll only get in the way.” Image from here. 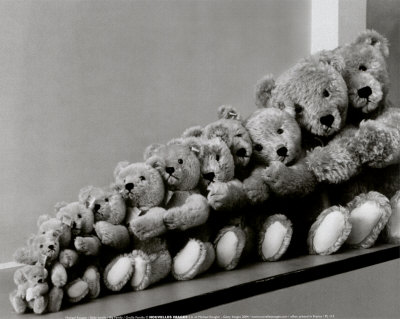 Am I reading this and this right?

“Part of the Government’s approach is to reduce people’s discretionary income by quarantining half of all income support and family assistance payments for up to 12 months. The changes will apply to both indigenous and non-indigenous people living in as many as 60 remote communities. People living outside the communities will be assessed case by case. Further measures will see the payments linked to school attendance. Where children are identified as at risk, Centrelink could intervene to ensure essentials such as rent, food and medical expenses are paid before assistance payments are made.” – Source.

Is the government proposing that a person or a couple or someone in a kinship group, who is on a Centrelink payment and lives in one of 60 remote communities, where the payment is made for the care of children, possibly in the form of Family Tax Benefit A, will need to adhere to less than 3 unexplained school absences for one (or all) of their children, if they expect to keep that payment autonomous from some sort of financial case management regime?

How does the government plan to monitor this? If resources are available, why not utilise them to educate, rather than investigate? Is the message here that children need to have maximum time away from the adults in their communities (other than schoolteachers) to be safe? How is that then not a stolen generation by another name? What services will be put in place to act as a change agent, so that a caregiver can work towards self-determination and independence.

What will be the punitive measure if these parents are not on a Centrelink payments, or is that so unlikely, as to be ridiculous? If that is the case, what will be done to fight poverty and the lack of employment opportunities in remote communities?

I was moved by, and understood the urgency of, Noel Pearson’s speech given to Fran Kelly’s Breakfast, on 20/06/07, on ABC’s Radio National.

I was equally moved by, and understood the cynicism inherent in what Mick Dodson had to say in response to HoWARd’s National Emergency rhetoric. Mick spoke of the past two decades of this ‘urgency’ in Aboriginal societies. He calls for a National plan to tackle addiction, housing, education, employment, physical and mental health in Indigenous communities.

I’m uneasy about a PM who can’t say sorry, and horrified at what I read in the Ampe Akelyernemane Meke Mekarle
“Little Children are Sacred” report.

On balance, I have to come down on the side of safety. Having said that, this measure needs to be monitored for the safety outcomes it hopes to achieve. I want to see every non-indigenous person take on a mentoring role for an indigenous person, so that every one of them can work themselves out of a job in the 5 years allocated to this national emergency. 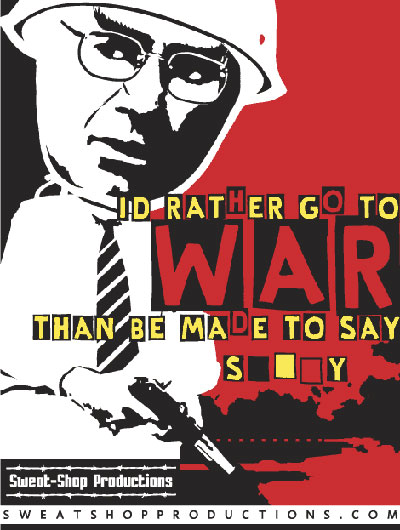 My day to day work is interspersed with assisting victims of intimate violence to rebuild their lives.

By and large these (mainly) women rely on the generosity of neighbours and other more loosely connected supports to assist them to stay safe, until friends, family or the police arrive.

Recent events in Melbourne, where what seems to be the death of a caring man, who came to the aid of a woman, who was being assaulted, will only serve to alienate those who are vulnerable to domestic and family violence further. I say this because I predict that as a society we will pull back from helping strangers in need, even more than we did before this man’s unfathomable and confusing death.  If you don’t feel safe to help, you can always call the Police.  Use 000- it is an emrgency.

Ironically, my day to day work could also see me offering support to the partner and the three children who will be burying their brave partner and father, respectively.  My work may also require me to work with perpetrators.  It’s challenging , but they also have the opportunity to change, repair and redeem.

I will continue to work very hard to reduce violence in our community- and will not walk by.

I know I am not the only one and I hope it never costs me my life.

There has never been much doubt in my mind that Christopher Pyne is quite dim.

I used to love watching him in the days when, on Friday Forum, Lateline would pitch him against Mark Latham. Oh my, there were times when I even felt a little sorry for the pitiable, petulant, naive and bewildered Liberal Federal Member for Sturt. Today is not such a day.

Today, I am horrified at how very little the former Parliamentary Secretary to the Minister for Health and Aging knows about drug misuse, drug abuse, drug addiction, rehabilitation and wellness. Christopher Pyne has come out today suggesting that Ben Cousins should speak out in support of the federal government’s war on drugs.

“Having been given a second chance and been through rehabilitation, it would be, I think, appropriate for him to join the government’s tough on drugs campaign, because young people in particular will be watching to see what he does in the future. One way to assist those young people would be for him to join the campaign against drugs. A person like Ben Cousins who has admitted to drug use and been rehabilitated can talk with first hand knowledge of the dangers and downsides of drugs use.” – Christopher Pyne.

This is what Brendan Gale– Chief Executive of the AFL Players’ Association had to say specifically about Ben Cousins and illicit drug use in general:

“If a person is apprehended, dealing or using illicit drugs, he’s dealt with under the illicit drug policy, and that is, it’s a diversionary approach. And the focus is on education, rehabilitation, rather than putting him in the criminal justice system. […] but as far as illicit drugs with no performance enhancing effect, where there’s a health issue, and a welfare issue, we provide a medical response, not a punitive one. And that is consistent with all the States and the Federal governments drug diversion principles and that’s something that all experts agree is the best way to change behaviour.”

Then we have Medical Director of the Victorian Addiction Centre- Professor Greg Whelan advising that Ben Cousins’ is at a crucial time in his recovery.

“This (recovery from addiction) is a lifelong problem, just the same as asthma or arthritis or diabetes or oppression are lifelong problems. The biggest risk is in the first three months after people start their treatment, because we know that statistically that’s the time that they’re most fragile and most likely to relapse back to where they were before.”

I’m certain that the Minister for Aging hoped that Ben Cousins could be trotted out in time for the upcoming election with a Drugs are bad message in an effort to breath life into the cadaverous heap that is the WAR ON DRUGS policy.

As usual, Christopher Pyne is a reductionist who really should know better. Shame on you Minister.

Update: Richmond defender and president of the players’ association, Joel Bowden, said the Government’s proposals went against “all the research and all the information we’ve been given”.

You are currently browsing the archives for the Social justice category.