When I grow up I want to be Dr. Louise Newman 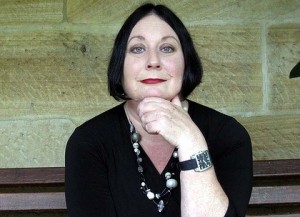 Posted in Personal | No Comments »

HoWARd at the suggestion of Tony and Junichiro, changes the social landscape of Darwin, Australia.

February 22nd, 2005
We are still in a war in Iraq.
Now HoWARd is sending more of our military because, well, Tony and Junichiro asked him.

In defense of his decision, HoWARd said:

"Al Muthanna was one of the safer parts of Iraq and was far less dangerous than areas around Baghdad and further north. It’s remained relatively benign, it’s a lot better and this is a much safer part of Iraq than the Sunni triangle."

"The government believes that Iraq is very much at a tilting point and it’s very important that the opportunity of democracy, not only in Iraq, but also in other parts of the Middle East, be seized and consolidated."

"This has not been, is not and will not be an easy decision for the Government. I know it will be unpopular with many. I ask those people to take into account the reasons that I have given. I believe this is the right decision. It will make a significant contribution to the coalition effort."

"Self-evidently we would have liked the major combat to have gone differently … [but] coalition withdrawal or defeat is unimaginable. The coalition must stay in Iraq if the country is to make a successful transition to democracy."

Kim, Andrew and Bob are not supportive of this latest commitment of 450 extra military personnel and
neither am I.

A snapshot of reality

February 22nd, 2005
A Single Parent’s August to do list.
Being a single parent is in and of itself very hard work.
Start up a conversation with the next one you see and ask them.
Thing is they don’t get out much.

“Get familiar with Cannibalism” – Hunter S. Thompson dead at 67.

February 22nd, 2005
Unlike the rude pundit I never met Hunter S. Thompson.
But I read him.
I shared his rage and through his words felt connected to a saner analysis of the world. Particularly the world of men, power and politics.

In October 2004, writing for Rolling Stone magazine he had this to say:

"Your neighbor’s grandchildren will be fighting this stupid, greed-crazed Bush-family "war" against the whole Islamic world for the rest of their lives, if John Kerry is not elected to be the new President of the United States in November.
The question this year is not whether President Bush is acting more and more like the head of a fascist government but if the American people want it that way. That is what this election is all about. We are down to nut-cutting time, and millions of people are angry. They want a Regime Change."

Ever had to do too much overtime because management can’t manage time? This is what goes through my mind…

I’d rather be blogging.
I’d rather be drinking coffee.
I have an urge to curse.
My favourite swearword is turd with unflushable in front of it. You are currently browsing the Suki Has An Opinion weblog archives for February, 2005.