As HoWARd stands on a podium on the parade ground at Robertson barracks, protected by security guards wearing designer suits and talking into their lapels, he gives his usual pre-deployment brief…

The member’s loved ones’ hearts will swell and then very quickly ache.

Being a part of the coalition of the willing, for the reasons given for invading Iraq, has been proved to be nonsense. Sending a further 450 troops is nonsense on stilts. 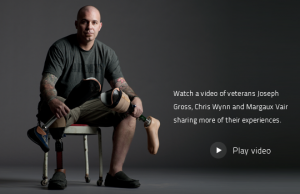 Tony Abbott plagued by ineptitude and a lack of credibility

April 16th, 2005
Tony Abbott has displayed a flat affect since DNA was gathered that showed that he is not the father of his then girlfriend’s child.
Looking at him I would postulate that his treating Doctor has prescribed benzodiazepines.

Martyrdom is not your forte Tony, frankly you are far too much a of an insufferable mendacious prick.

Whilst I’m sympathetic to the numbing effect of your obvious personal pain, I have no time for your performance as Health Minister. Park it or drive it.
Take sick leave Tony or better still resign.

Rude or real? Process or practical?

RAY HADLEY: “How many children do you have, and would you be happy for your children to be going to the little star club at the Sheraton Nusa Dua, knowing a three-year-old contracted gonorrhea? Yes or no?”

ALEXANDER DOWNER: “If I was, if I was rude to you, I would say that that is a preposterous thing to say. Obviously…”

ALEXANDER DOWNER: “Nobody on earth would put their children, really, you’re just so over the top.”

ALEXANDER DOWNER: “I didn’t know. I’ve told you that already. The police investigated the case, and they were unable to establish who in this hotel was responsible.”

Parents are asking for informed choice.
We are told when toys are unsafe and can damage a child, why are we not told of unsafe child care, so unsafe that we call it sexual assault?
Sexual assault on anyone is horrific, on children even more so.

Ray Hadley, in a very blunt way was telling the Minister that he doesn’t give a fuck about anything other than the even chance a parent has of keeping their child safe when they know of unsafe places to take their children.

Thanks go to the NSW Police Commissioner of Police for having this issue on the agenda and attempting to create structural change in our region. 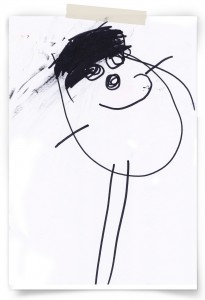 a Child to nurture

April 11th, 2005
Parents are amazing. I have five. This is the result of a mixture of death, divorce, remarriage and serial-monogamous-defacto-relationships.

I am very fortunate as all of my wonderful parents were and are amazing, brilliant, loving, healthy, (if somewhat eccentric) people.

Figures out today show that every 13 minutes, in Australia, a child is abused or neglected.
This is a short post as I have a very strong urge to nurture the girlchild.
I hope that 219,384 of my fellow Australians feel the urge to do the same.

"Abortion is the last bastion of papal misogyny and megalomania."

You are currently browsing the Suki Has An Opinion weblog archives for April, 2005.