Bursting with love and pride

The girlchild has just moved out of our home and I miss having her around. I miss the throng and thrust that a young person adds to an old person’s existence. I miss her energy, chatter and company. I miss the rush of love and pride that I would feel whenever I saw her achieving, exploring, trying.

When she was growing up, and as a sole-parent, I tried to balance all the conflicting stakeholders – need for money, career, self, activism, sex, companionship. In all these considerations, I kept ‘parent’ at the top of my list and ran my decisions through the ‘how-might-this-affect-the-girlchild-filter’.

Now, 21 years later, my gorgeous girlchild has a career, a boyfriend, friends, is a volunteer helping youth and is steadily changing her world one injustice at a time.

Recently, I was very unwell and the girlchild took carer’s leave to tend to me. Nurse J was dutiful and patient and kept that drug-trolley stocked and rotational…

I am so honored that she has modeled herself on what I did when she was growing up and our relationship is nurtured, respected and phabulous. I know if/when she becomes a mama herself she will have ‘permission’ to define that role in any way she wants.

I can’t think of a better legacy to leave for my girlchild.

I couldn’t be more proud or more happy for the girlchild or myself! 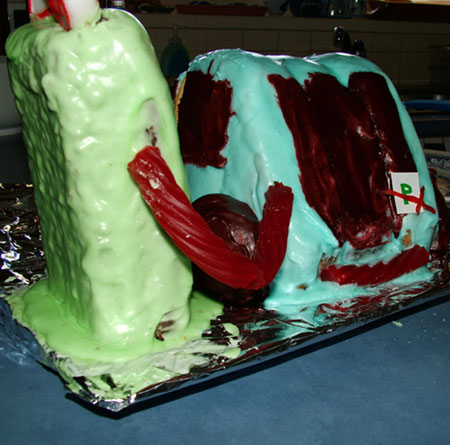 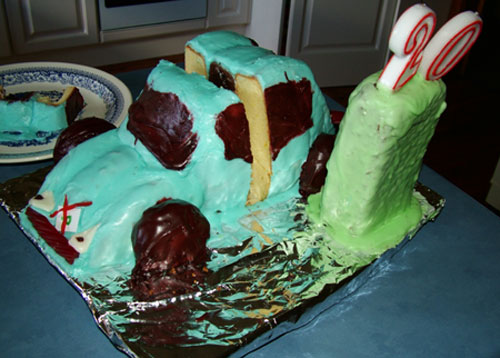 Our house has always celebrated the girlchild’s birthday with a cake that reflected current events.  At her last birthday the girlchild completed her probationary driver status, and had to fund high fuel costs. For those squinting the green cake is supposed to be a bowser. With thanks to the Patissier Avec Frontier.

“She had high heels on”

Anyone who knows me, knows that I do not own one pair of sensible shoes. I am therefore hugely impressed by the heroine and the hero in this story!

My heroine is a very fast policewoman who chased a man down Chapel Street.

My hero is a passer-by who noticed a woman’s shoes and was impressed by how fast she was going in them. 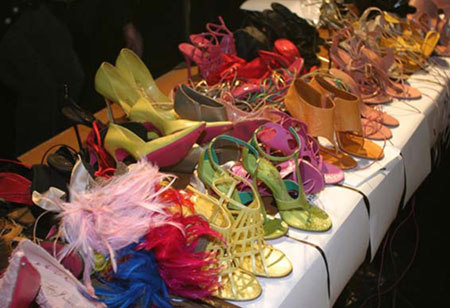 No stamp required if posted in Australia

I despise getting junk mail.

However, other members of my little share house like to browse said crap and justify the privilege by recycling all the used-to-be-a-tree every second Thursday.

Recently, I paid off a loan and instantly started to receive a mountain of offers to apply for credit through the post. In most of them the company will include a reply paid envelope. I have taken to recycling all this unwanted junk. I sent the Virgin application to American Express and the ING to the Commonwealth Bank etc. I hope the person opening my envelope gets the joke and has a giggle.

It has become such fun that my gorgeous housemates now save the most interesting and unique junk for me to recycle in my unique way.

Who do you think should get this little gem?

I have thought about the girlchild and feminism long and hard.

Some days I wonder if being conservative was the only way for her to rebel against her mother.  I was raised by my grandmother. Her conservativism helped to send me into gothic, feminist, motorcycle-riding rebellion.

The girlchild marched next to me as I reclaimed the night, she saw me somber for Thursdays in black.  She came along to the FLAPS meetings and listened to us laugh.  While I was studying at the Northern Territory University, she quietly sat next to me, drawing pictures of australopithecines when I couldn’t find childcare, but had to attend an Anthroplogy lecture. She understood the limitations and the unfairness.  She is the outcome of sole-parent parenting and has seen and felt discrimination of that first-hand.

She is a strong, formidable person- and under no illusions.

She has been taught to use the tools, the knowledge and possess the confidence needed to advocate if she feels she must.  Right now she is gorging on her "it" time in this society which values (and rewards) young, intelligent, beautiful people.

I will watch her maturation with interest and pride, and if she needs a refresher course in placard writing then I am her grrrl.  If,  in fact, she glides through life, without having to face battles related to her gender, then I am still her grrrl.  My approval, love and acceptance of the girlchild is unconditional.

If my contribution to feminism has helped her (and her peers) have an easier time as women then what we were advocating for has occurred.

I continually observe her using aspects of a feminist ideology- that is the expectation of equality between the sexes.  What she resists is the collectivism (and the ‘sharing’ inherent in that) and the feminist label.

There is a crypto-feminist in the house! 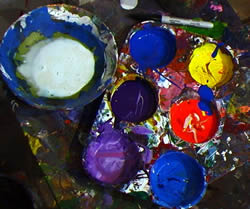 You are currently browsing the archives for the Personal category.