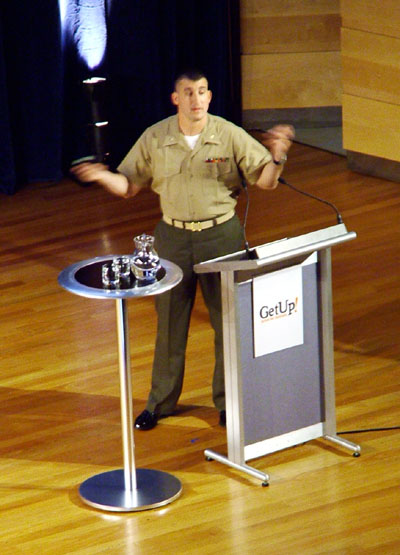 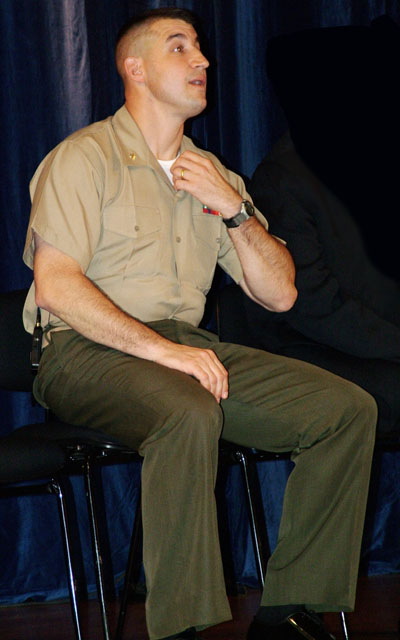 My opinion is protected…(and so is yours)

I don’t always get to my The Law Report podcasts in a timely manner. So it was only last night that I was able to listen to the show from 23 May 2006.

A fascinating program, as always, this time with relevence to what I am- opinionated.

It seems, according to the highly experienced Ron Merkel, who had ten years in the Federal Court and 25 years prior to that as a barrister with an extensive practice in public law, my opinion is enshrined in Law.

“Damien Carrick: There has of course been quite a history of stoushes between judges and the current Attorney General, who was for many years the Immigration minister. I remember at one point Philip Ruddock, when he was Immigration minister, saying something along the lines of ‘Even when legislation is amended’ (he was talking about migration legislation) ‘the Federal Court judges are always going to try to deal themselves back into the review game’. He was basically saying, (these are my words, not his) ‘You engage in a bit of traditional activism here’.”

“Ron Merkel: I suppose the wonderful thing about living in a democracy is everyone, including the Attorney General, is entitled to have an opinion.” (Bold is mine) 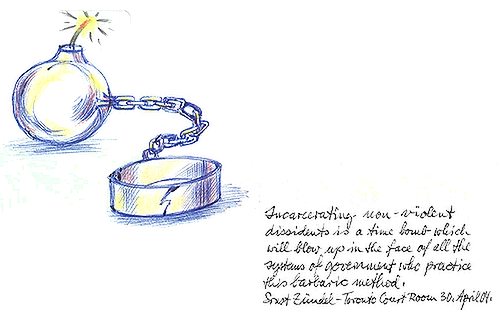 Yesterday, one of my favourite bloggers alerted me to the story of India banning xxx.blogspot.com/xxx.typepad.com/
xxx.blogs.com/and www.geocities.com/xxx. Speculation for the reasons for the censorship banning have been linked to the recent bombings in Mumbai.

In less than a week I see that the pressure was such that the Indian government had to retreat from it’s censorship and state that:

“Because of a technological error, the Internet providers went beyond what was expected of them which in turn resulted in the unfortunate blocking of all blogs.” – said the government official.

One domain name and one web site can create the same type of information as a blog.

Bloggers and the blogosphere- too wired, too smart, too many.

Last night I, along with thousands of other people in Sydney, sat in a theatre at Macquarie University to listen to Dr. Robert Fisk speak.

He is an intense man who delivered an intense experience. His entire body activated and animated by what he has seen and heard- informed by more than three decades of observation, investigation and reporting of conflicts in the Middle East and eastern Europe. The turning of sand into blood. 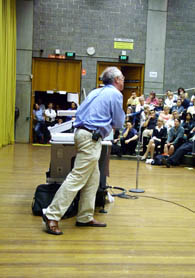 Dr. Fisk spoke for an hour and a half then took questions from the audience. One such question came from a young woman who timidly prefaced hers with [me paraphrasing] this is a personal question…given that the wars go on and innocent people keep getting killed, how do you keep doing what you do year after year? 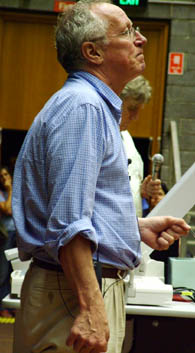 He paused and then answered that he feels as though his life is similiar to reading a brilliant historical novel that you can’t put down. He can see the clock in the background and knows that it is getting late and he should put the book down. He finds himself so engrossed in the story, and how it unfolds that he cannot bring himself to stop reading. Just one more chapter. Then, before he knows it, the first crack of dawn is visible through the curtains.

Is it any wonder this man received a standing ovation?

The headline in this news report would suggest that Lara Bingle is behaving unacceptably. See, Lara is a model and Greg Bird is a footballer.

And in one sense she is.  She cannot or will not convince her employer- Priscilla model management, or Greg Bird’s employer- Shark’s Rugby league club to use the words ‘sexual harassment.’  However, this media-savvy woman has now told more people than would have known if the respective employers would have supported her.

Until women name up sexual harassment for what it is, some men, and their respective employers will think it’s acceptable.

"Lara, you are a young, beautiful model and you trade desirability (and orienteering skills).  You are also protected by law from harassing/stalking behaviour.  Ignore all the minimisation (and possibly ‘you asked for it’ advice) and know your instincts about the txts not being ok are right.  You have been stalked and sexually harrassed."

The very fact that I (and hundreds of thousands of others) can read about it in the SMH tells me Lara has taken action.  She knows that she was right to be disgusted by Greg’s txts and won’t be tolerating anybody (not even her boss) telling her

"It’s nothing … this is all just so unbelievably ridiculous – a storm in tea cup."’

Three years before Lara was born the Sex Discrimination Act 1984 came into effect.

Do I spot another crypto-feminist? 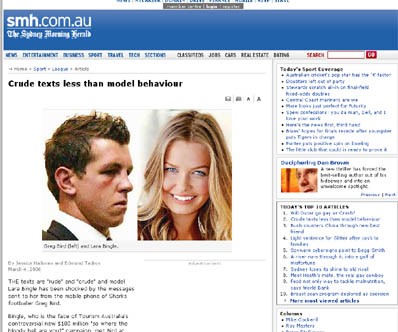 You are currently browsing the archives for the Social justice category.